How to Tie a Re-Threaded Figure of 8 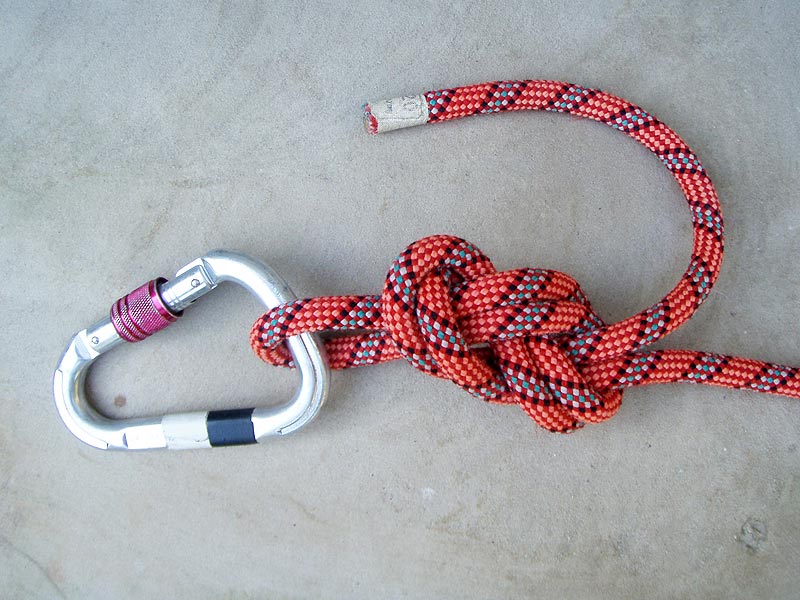 Make a loop, in the rope and thread the rope back round into the loop to create an 8 shape. This is known as a single figure-of-eight. To tie a re-threaded figure-of-eight you will need approximately 1m of rope at the working end.

Pass the working end of the rope around an object (in this case a karabiner) but if you were tying into a climbing harness you would need to go through both the top and bottom loops. Next re-thread back in to the figure-of-eight. Note that the working end goes into the same loop it left from.

The figure of eight knot is generally accepted as being the industry standard (or best practice) for tying into a climbing rope. It can also be used to attach to an anchor (though a more easily adjustable knot would be the bowline).

It is a very simple to learn and easy to recognise once tied. It will also stay tied even with fairly stiff rope. It is also a relatively strong knot, and in test its breaking strain is varies from 66-77% of the ropes full strength.

It can be difficult to untie after loading but better than knots such as the overhand knot. It is not easily adjusted when using with anchors, other knots such as a clove hitch or a bowline would be recommended here.