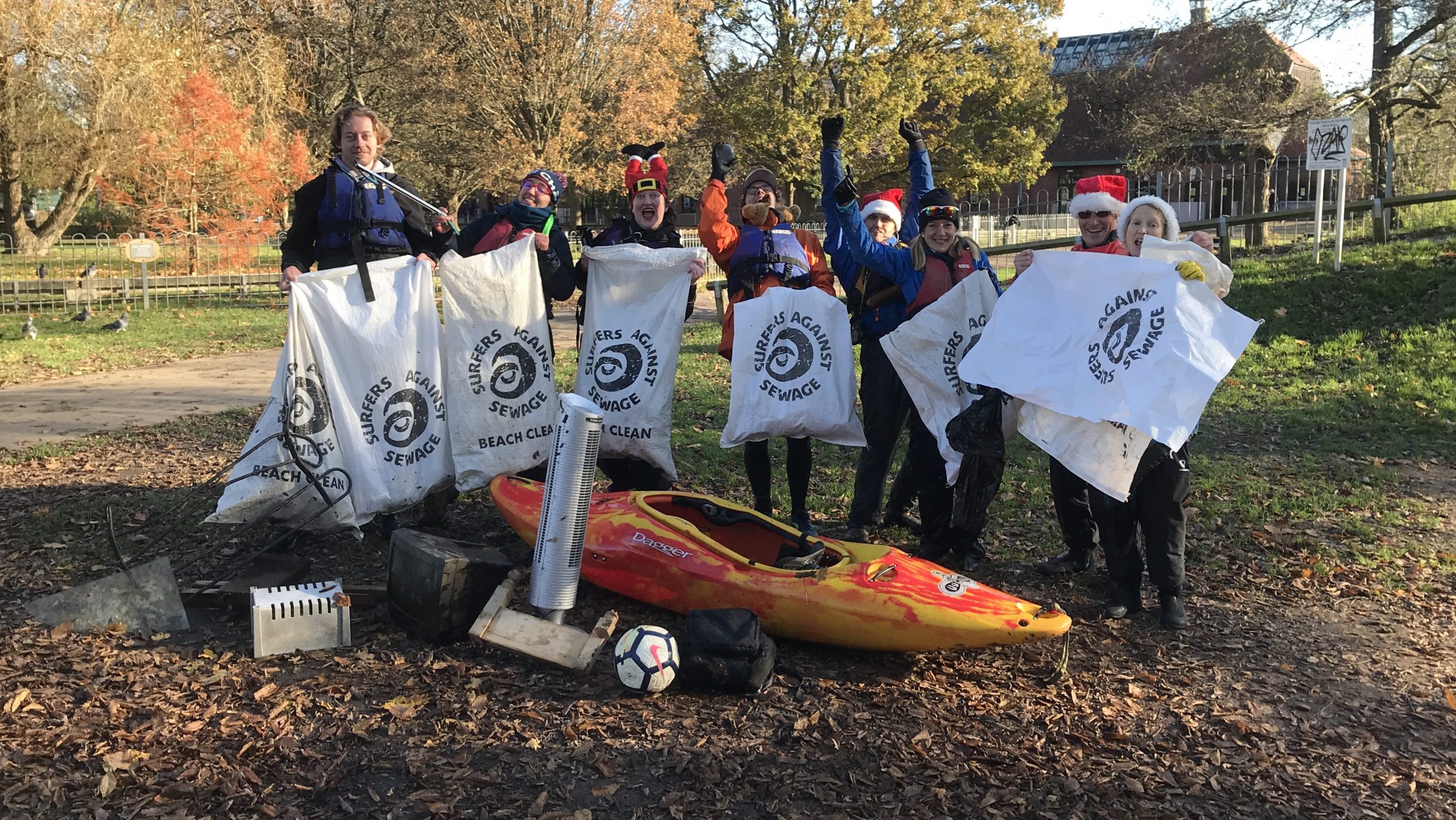 Volunteers pull over 50kg of waste from the River Medway

On Sunday 29th November 2021, 9 volunteers armed with paddles and litter pickers took part in an annual River Clean Up, organised by local outdoor sports company Hatt Adventures.  This year our focus was the River Medway in Tonbridge, Kent.  The event was one of many promoted nationally as part of Surfers Against Sewage, British Canoeing and the Environment Agency partnership event Preventing Plastic Pollution project.

Volunteers from across Sussex and Kent spent the morning clearing the waterways around Tonbridge Park on the River Medway. 2 ½ hours scouring 6km of river by kayak and then sorting it for recycling gathered a whopping total 50kg waste, which included:

The team rescued a distressed and confused pigeon form the middle of the river.
With a bit of detective and help from a pastoral/welfare teacher the soggy lost school bag was reunited with its owner a few days after the drip.

Apparently, some boys were set upon in the park and for reasons only known to him he threw his rucksack at the assailants to buy time for his escape.  We’ve been told that the young lad had ‘the biggest smile’ on his face when he was told his stuff had been recovered. ☺️

The data collected is being fed to the Preventing Plastic pollution which aims to raise awareness of the need for behaviour change in local communities and businesses.

“As educators our core message is how to enjoy the environment responsibly and sustainably.

On route we spoke to local litter collector who gave us a top tip: instead of recycling the dog balls we found, he suggested putting them in a pile at the park entrance to make them available for local dog walkers.

These environmental days are so popular we want everybody to get involved and have a go in 2022 to finish the job!”