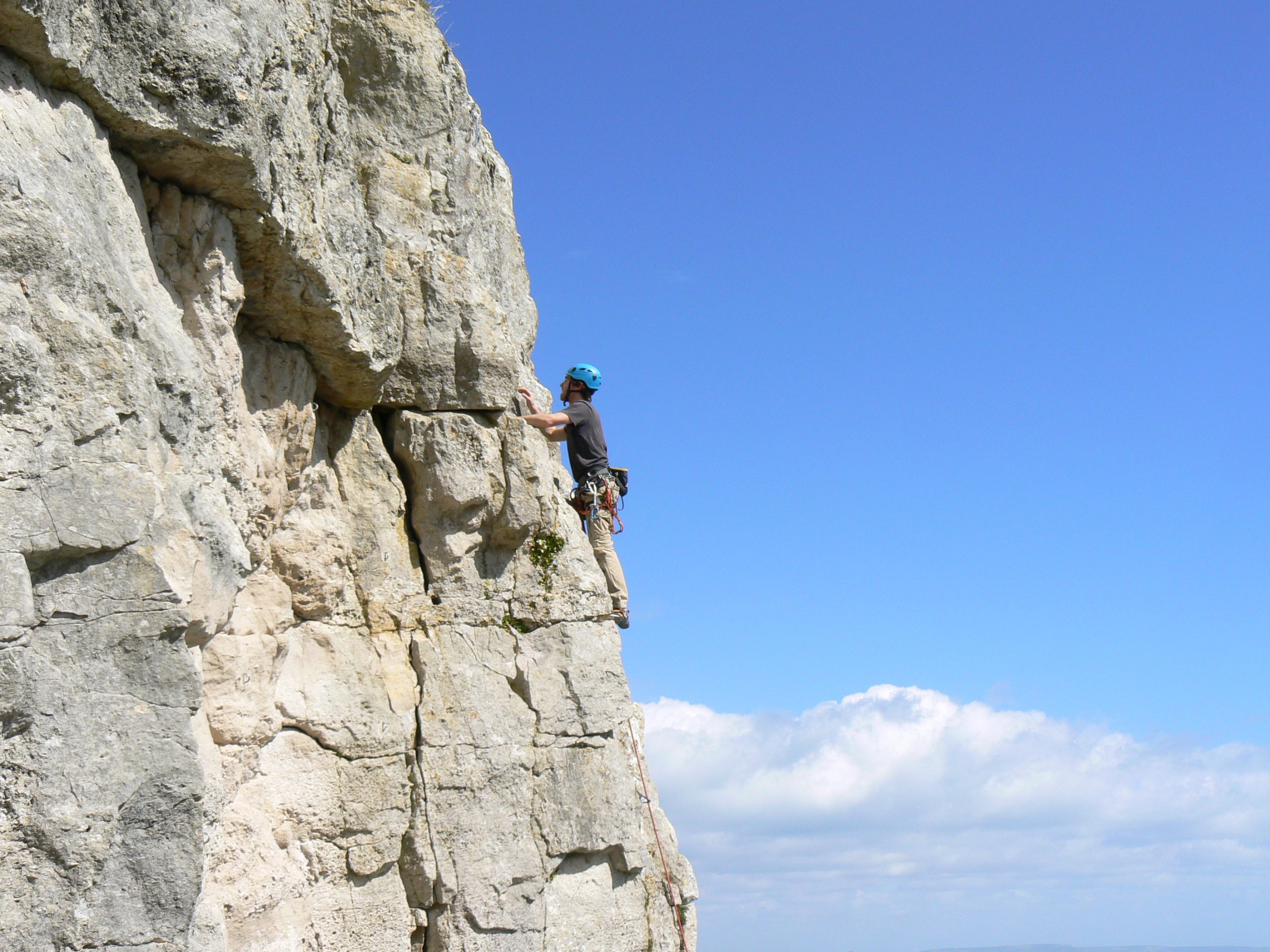 We were contacted in late March 2015 by BJL Group Ltd. about filming one of our rock climbing instructors for a new Subaru advert. They had some ideas about how the advert was going to look and feel but nothing more than that, so they enlisted our help in finding a location and getting into the technical side of things. The first place for us to start was with the storyboard or concept drawings to gain a better understanding of the advert. After seeing the shots they wanted and knowing that the venue had to be within a reasonable drive from London, we knew instantly that the Isle of Portland in Dorset was going to hold the answers.

After much discussion amongst myself and the team we decided that we wanted to head to Blacknor South on the West coast of Portland, as this offered some great climbing options, was impressively high and had great views into the distance – everything a film director would want! So the venue was chosen, the date set, and a technical team was in place to rig the camera operators in position to get those stunning shots.

It was now the day before the shoot and I received a phone call from our climbing star of the advert to say that he’d come down with flu! – Ahh! So with less than 24hrs to go I’d just lost the star of the show and a climber who can onsite a 7a+. So the morning was spent frantically phoning around trying to find someone who could climb hard and was available the next day to drive to Portland. In the end we decided to go with Henning Muller, a great climber and full time climbing instructor. So with myself, Kyle and Henning we had a crew but now the weather looked like it was set to play havoc with our plans!

It was the day of the shoot and the wind was howling as I woke up at 5:30am, it looks like the weather forecasters had not be telling lies and the 40-50mph winds were in full effect. So it was off to the lockup to load the kit and meet the team.

We’d chosen Portland not only for its stunning scenery but also for exactly this reason, that if the weather was bad we could always use the other side of the Island. After much discussion we decided to head to the ‘Cuttings’ as this would give and impressive cliff height (20m) – ideal for the shoot and sheltered from the worst of the wind.

We met the film crew armed with the latest GoPro 4k cameras and drone cams (they wanted a first person style advert) and we headed off to the rocks.

First we went on a whistle stop tour of the rocks so the director could get a feel for the place and scout out any locations he wanted to film. After this is was time to load up and bring all the climbing and camera equipment down to climbing area. After 10 minutes of us being there the clouds seemed to disappear, and the sun burst through. This meant its was time to take off the windproofs, thermals, and multiple layers we’d all been wearing as we had found a suntrap that was also completely sheltered from the roaring winds above!

The first sequence to film was the journey to the bottom of the rocks and getting geared up. This was the relatively easy part but took a while as working out camera angles when there is so much climbing gear flying out of the bag took some doing. Once this was complete we chose a route and set our climber (Henning) to work to get warmed up. Armed to the teeth with GoPro hero 4 camera’s looking from his POV (point of view), up, down, leg cams and more he’d soon completed 4-5 accents of the route.

Then it was time to get the long shots and cutaway shots, so we rigged a few angles high on the rocks from which to film Henning as he climbed up to us. The director was extremely happy with these and we soon had everything we needed except for the drone shots.

So it was time to lift and shift all the climbing and rigging equipment out of the way to ensure none of it would be seen as the drone flew overhead. After a few drone technical issues its was soon up and flying around getting flybys and over the shoulder shots as Henning climbed his way to the top for the 7th or 8th time.

So with the light gradually disappearing over to the West side of the Island we had to move fast. We used a different location at the cuttings with a 7a overhang so if the Henning fell he wouldn’t injure himself on the rocks. We rigged a few lines up to allow Henning to ascend the route before being transferred over the falling rope.

We also rigged another high camera angle to capture a cutaway shot but most of the footage was captured from the first person point of view. With the final shots captured, its was just time to wrap the shoot with a film sequence with the car – a Subaru Outback before heading home for tea and medals (well, fish and chips and cake!)